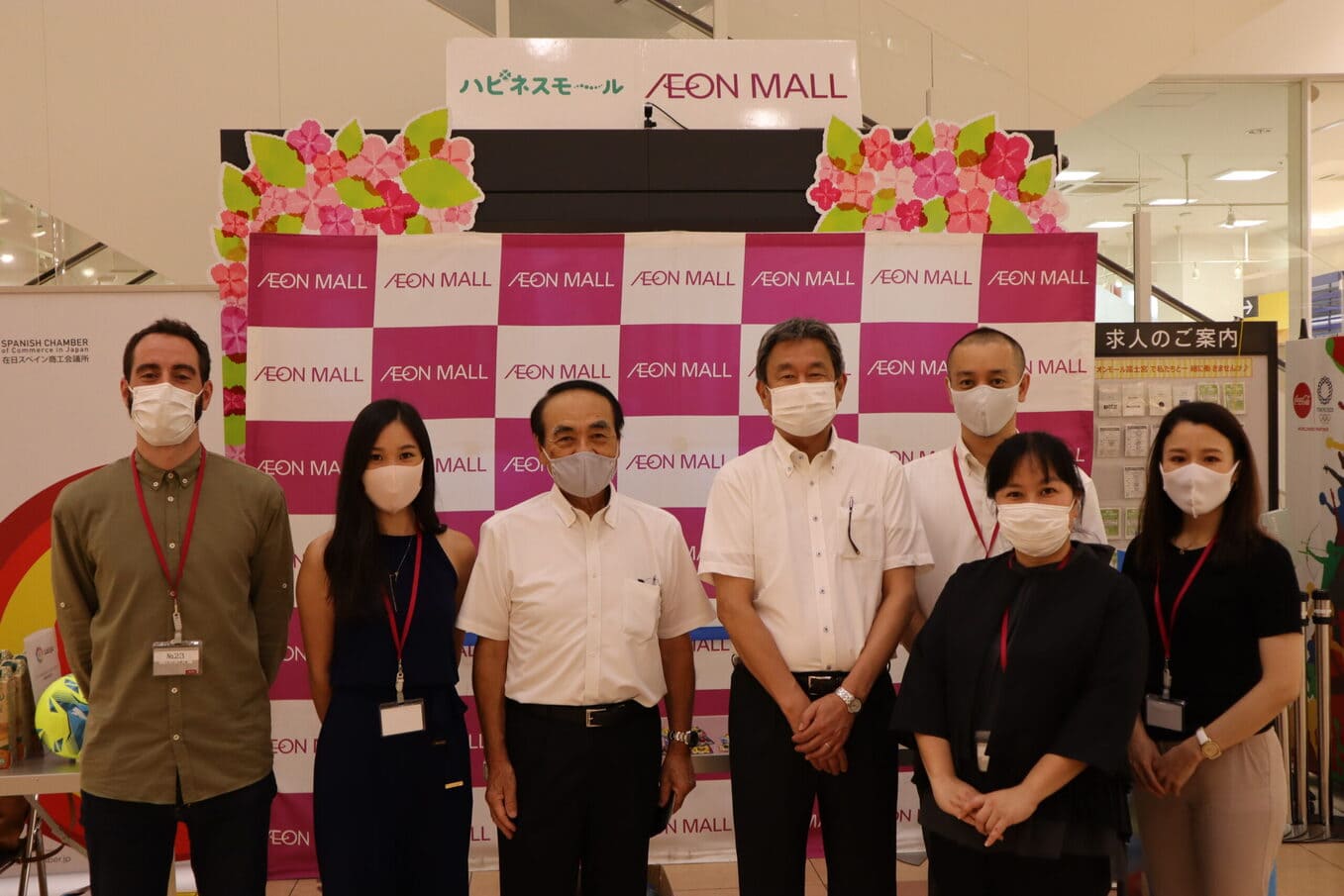 At long last, the Tokyo2020 Olympics have begun.
While the main action takes part in the Kanto area, many cities and towns in Japan have taken the opportunity to register as host towns, offering their support to athletes to hold their pre-Games training camps.

During August 5th and 6th, coinciding with the karate kata Olympic competition and in collaboration with Fujinomiya, the host city for the Spanish Karate Olympic team, we held the event ¡Vamos España! at Aeon Mall.

Many thanks to the locals who cheered and supported the Spanish Karate Team during their stay in #Fujinomiya and many thanks to the members of the #SpCCJ that supported us at the venue! Grupo Freixenet, GARCIA-CARRION, LaLiga, Solan de Cabras, #sukoruni, Vidal Candies, #tourspain.

We use cookies to optimize our website and our service.
Manage options Manage third parties Manage vendors Read more about these purposes
Preferences
{title} {title} {title}