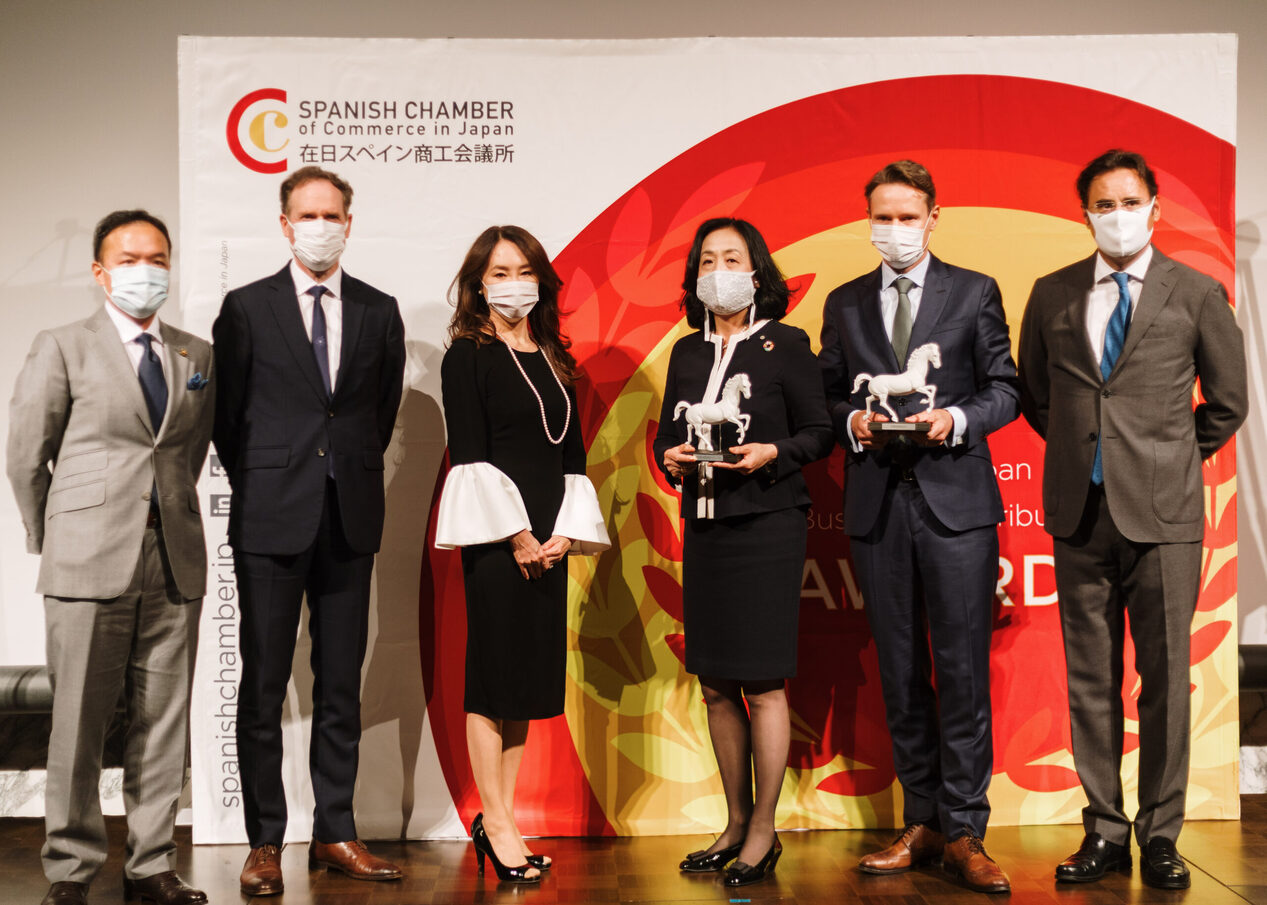 The Spanish Chamber of Commerce in Japan (SpCCJ) announced the winners of its fifth “Spain Japan Business Contribution Awards (SJBCA)”, on Friday, 13 November 2020 at the Prince Park Tower Tokyo, in the presence of the H.E. Ambassador of Spain to Japan, Jorge Toledo Albiñana.

Established in 2016 by the committee of the SpCCJ to recognise successful business relations between Spain and Japan, SJBCA has become one of the most important events among the Spain Japan business community in Japan.

With the new agreement between JAL and Amadeus, JAL will benefit from enhanced technology as Amadeus becomes JAL’s recommended distribution partner in the Japanese market. Amadeus’ global network of travel sellers will have access to a broader range of JAL’s content, including the full range of international, as well as preferred and negotiated fares. All of this content will be available for travel sellers to shop, book and service through the Amadeus Travel Platform.

“The SpCCJ believes this joint award to JAL and Amadeus will encourage and strengthen the business relations between Spain and Japan and initiate new business opportunities. 2020 has been a difficult year for all, especially for the travel industry. It is very encouraging to see that companies are planning and looking for opportunities beyond the pandemic”, commented Guillermo Gutierrez, the President of the SpCCJ.

The Award Ceremony and the Reception was held at the Prince Park Tower Tokyo, with 70 distinguished guests from Spain Japan business community. Guests enjoyed dinner inspired by flavour of Spain, which was specially prepared by the Executive Chef, Kenji Miura, and excellent Spanish cava and wine provided by five Spanish brands for pairing with each dish.

As JAL relies on Amadeus’ passenger service system, Amadeus-connected travel agents can enjoy real-time, accurate and efficient information sharing with complete visibility of the airline’s inventory; thanks to Amadeus to enable travel sellers to deliver even greater customer service.

We are honored to receive this award, recognizing Amadeus’ contribution to the strong relations between Spain and Japan in business. Japan Airlines is a longstanding and valued customer, and we are proud to support JAL with our world-class technology to power the airline’s distribution and passenger processes. Together with customers such as Japan Airlines, we are working to implement innovative technology and collaborative partnerships to support the industry on its path to recovery.